Recently, many people have been upset by the direction some video games have been taking in regard to certain ideas like loot boxes. One proposed solution is to boycott the offending games. However, there is a fundamental problem with boycotting that makes this very difficult to pull off.

One detail this model fails to account for is uncertainty regarding the location of the threshold. Unless the boycotters can figure out how much the company is profiting from the boycotted activity, they aren’t able to determine which person will reach the threshold. Thus, instead of giving definitive marginal benefits for each person, we can instead model individuals as having a marginal benefit based on the subjective probability that they will reach an unknown threshold.

Let’s say that, without a boycott, a game would be purchased by 10 million people. For the sake of simplicity, we’ll assume that every additional person has an equal chance to reach the threshold. We’ll also assume that there is no chance of reaching the threshold with zero participants, and that all 10 million people participating guarantees that the threshold will be reached. This means that every person increases the probability of a successful boycott by .00001%. Since the expected value of the marginal benefit is equal to the probability of the threshold being reached multiplied by the value of reaching the threshold, we find that a person must value purchasing and playing the game less than .00001% as much as they value the boycott succeeding in order to be incentivized to participate. In other words, unless they want to end the boycotted activity 10 million times as badly as they want to buy and play the game, they will not join the boycott. In fact, that number will always be equal to the number of potential players, so a game that is bought by only 1 million people still requires the players to want the boycott to succeed 1 million times as much as they want to buy and play the game.

Why is it such a big deal that boycotts normally fail? Sure, it’s upsetting that the company won’t stop doing whatever the players hate, but some trade-off has to be made, and getting the game seems to be worth more to them than stopping the company. The problem becomes apparent when you consider what would happen if the players were able to perfectly coordinate as a single group. In this case, the group’s marginal cost and marginal benefit for participating in a boycott are equal to the total cost and total benefit of the boycott. The marginal cost is still being unable to purchase and play the game, but the marginal benefit is now a guaranteed successful boycott. Thus, every player in the group wants the group to boycott the game, assuming the players are willing to wait a short period prior to the boycott’s success to purchase the game in return for actually getting that success.

Why is this result different from when we consider the players acting individually? Because the additional cost for each player joining the boycott is only born by that player while the additional benefit is shared among every player, the fraction of the total benefit the player receives is too small to incentivize them to participate. However, if participating meant they received that sliver of benefit plus a sliver of benefit from every other player, and not participating meant they received no benefit at all, then their marginal benefit is increased to the point where they will participate. Without the players coordinating as a group, the second condition cannot be met thanks to players receiving the benefit from boycotters even if they do not participate themselves.

This situation is an example of what is known as a coordination problem. Without coordination, each player will take an action that makes them better off but leaves everyone else worse off, leading to the group as a whole being worse off as well. However, if the players are able to coordinate, than they can take an action that leaves themselves worse off but makes everyone else better off, leading to all members of the group being better off.

Currently, players are unable to coordinate effectively, leading to situations in which supposed boycotters are actually playing the game they wish for everyone to boycott. This is the optimal strategy for individuals since it allows the players to gain the benefits of continuing to play the game while also giving them some additional benefit from anyone foolish enough to actually do as they say and boycott the game. But from the perspective of the group, it’s a terrible outcome that both causes the boycott to fail and encourages deception. 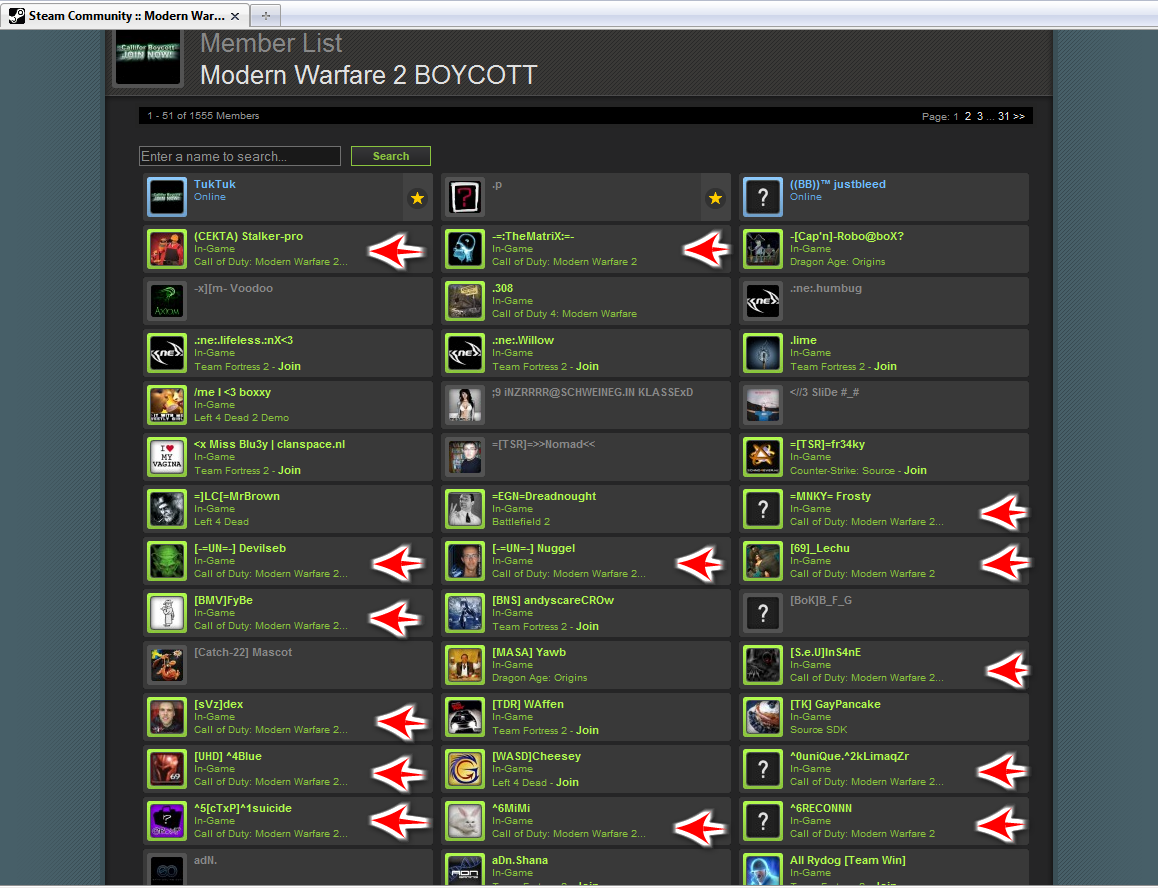 Not exactly the most effective group

Are there ways to resolve this problem? Possibly, but I don’t think there are any easy solutions. Coordinating large groups is a very complex task, and I’m not sure how much insight I really have regarding this issue. Nonetheless, I will likely propose potential solutions in another post.